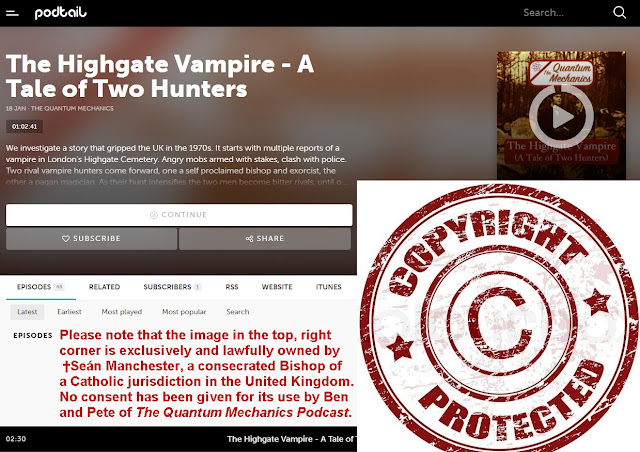 Listen to this risible podcast by two millennial dimwits called Ben and Pete, by clicking above. It could be Pete and Dud except for the fact that they, at least, were entertaining. But it's Ben and Pete. Ben is boring and ordinary. Pete's voice, however, is not dissimilar to E L Wisty (the Peter Cooke character).

“I have learned from my mistakes, and I am sure I can repeat them exactly.”

“As I looked out into the night sky, across all those infinite stars, it made me realize how insignificant they are.”

This unimaginably dull duo claim to operate from "a studio in a haunted pub near Oxford" that just happens to be named "Welch." The vintage image of the pub used on their heading no longer exists, and what replaces it is not called "Welch," an individual once loosely connected to a group that became the precursor of the Vampire Research Society (founded on 2 February 1970).

People have been asking how is it possible for A Tale of Two Hunters to get so much monumentally wrong unless it is deliberate? With or without an agenda, it must be difficult to be factually incorrect for 99.9% of what one says in a podcast that lasts one hour and three minutes. The answer might be more prosaic, despite seemingly synchronistic allusions hither and thither on the general podcast elsewhere. The fact is that when you listen to Ben and Pete it is quite obvious they just don't care what they say. Couple that with a complete lack of professionalism, refusal to do any research of their own, and a reliance on utter garbage found on the internet, put there by equally incompetent individuals too young to have been around when the events were happening. Yet the events were reported at the time. This makes the claim that nobody showed up on Parliament Hill in 1973 inexcusable. In fact, one of the parties did turn up. It was reported in the Hampstead & Highgate Express, as well as elsewhere. And since when did Highgate N6 become Crouch End N8? The truth is that Ben and Pete simply don't care about the facts. They just want to talk amongst themselves whilst sneering and putting those they are talking about down; blocking the surviving person so he cannot see what they have published. It's rather pathetic and all too redolent of commentators today. 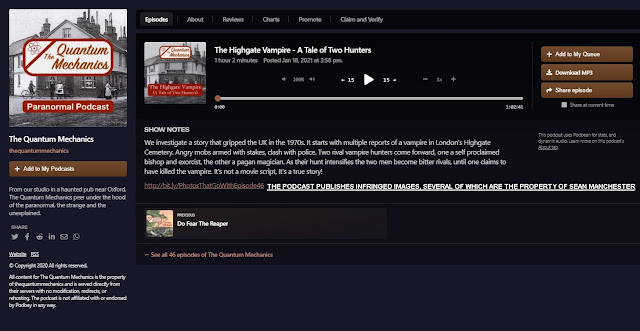